Hotel Supetar Cavtat
One of the very first things that catches your eyes when you set out from Pile gate, is the imposing fortress of St. Lawrence (Lovrijenac) standing alone outside the city walls, guarding the city of Dubrovnik.

Perched on a cliff 37 metres high, this symbol of the endurance and fortitude of the people and the city of Dubrovnik rises high above the city, protecting it for centuries.

As a symbol of the greatest defender of the city’s freedom, an ancient Latin inscription is carved in stone above the door leading to the fortress: “NON BENE PRO TOTO LIBERTAS VENDITUR AURO” – “Freedom is not to be sold for all the gold in the world.”, the words of  one of Dubrovnik’s great poets, Ivan Gundulić. 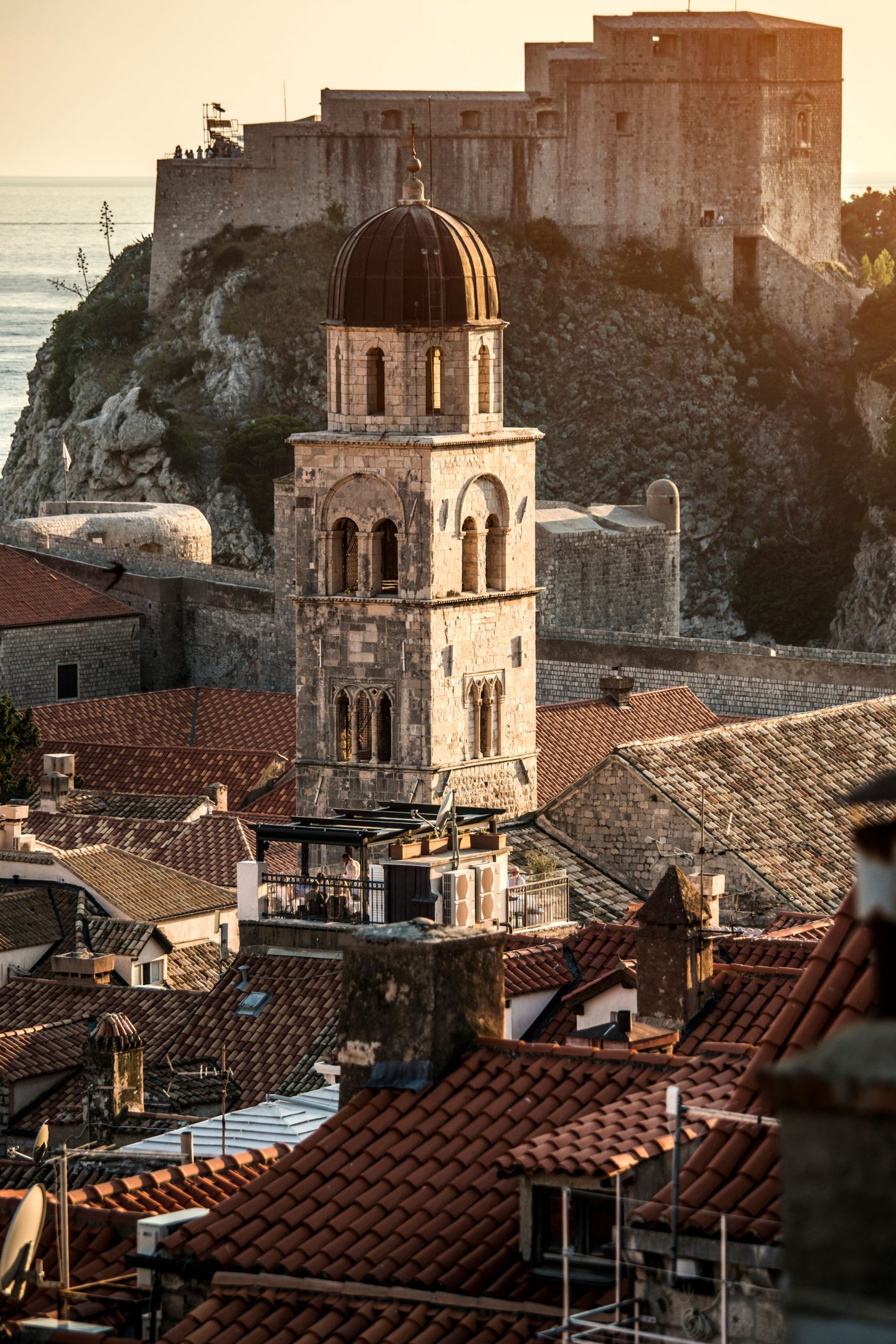 Historians date the fort’s earliest construction to 1018 or 1038.

Built upon a 37 meter cliff overlooking the sea, the Lovrijenac fortress is one of the most impressive monuments in Dubrovnik. This detached fortress was of prime importance for the defence of the western part of Dubrovnik against attack from both land and sea. During its service, the fortress was manned by a 25 man garrison and a Commander.

Triangular in shape and following the contour of the rock on which it was built, narrowest, highest part of Lovrijenac faces towards the west, and its longest wall is open towards the city – the tower of Bokar and the western city wall,  protecting the city’s smallest and oldest port Kolorina.

Since Lovrijenac occupies an extremely strategic position, its capture could threaten the entire defence of Dubrovnik.

Therefore, a fail-safe mechanism was designed into the fortress. The walls facing the sea and possible enemy fire are almost 12 meters thick (40 feet), but the large wall surface facing the City does not exceed 60 centimetres (2 feet).

The caution of the Republic was not only directed against the foreign enemy, but also against possible rebellion of the Commander in charge of the fort garrison or mutiny of the troops. In case of any trouble, the thin wall could never hold against the firepower of the mighty Bokar fortress facing Lovrijenac. To prevent any such mutiny or rebellion, the Commander of the fortress was elected from the rank of the nobility and replaced each month.

Today, the terraces of Lovrijenac are no longer filled with armaments, but with …

… with theatre audiences, as the fortress has become a popular location for theatre productions during the Dubrovnik Summer Festival.

In particular, Lovrijenac is known as a favourite location for productions of Shakespeare’s “Hamlet”, providing an unforgettable set for this world renowned tragic play.

… with GAME OF THRONES fans, as the fortress has become also known as “The Red Keep”.

Many scenes were filmed here, including the tournament thrown in honour of King Joffrey’s name day in Season Two.

… with wedding parties. Lovrijenac fortress is also an unforgettable wedding venue. With its stunning views and authentic historic ambiance, Lovrijenac is certainly a place where memories are made to last a lifetime.

Our specialised and experienced staff are available to assist with planning wedding ceremonies and receptions for at least 100 guests. Please reserve well in advance for events in July and August.

… and with many of Dubrovnik’s guests and visitors. Admission to Lovrijenac is included in the price of the ticket to the Dubrovnik City Walls. There are plenty of stairs to climb up to the top, but the view of the walls and old city from the fort is a worthwhile reward.

A visit to Lovrijenac takes about 30 to 40 minutes. Make sure to visit the chapel of St. Lawrence, and its courtyard with cistern.