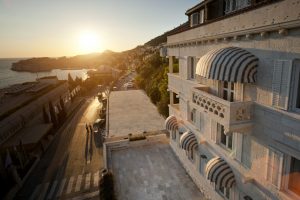 By Pave Brailo
In the following lines we bring you a story about one of Dubrovnik summer mansions, written by one of the most famous tourist guides in Dubrovnik, Mrs. Pave Brailo.  As president of the Dubrovnik tour guides society, she has been a personal guide to numerous celebrities, statesmen, Nobel Prize winners and Presidents during their visits to Dubrovnik, such as Japanese Prince Akishino and Princess Kiko, Margaret Thatcher, Prince Charles, several Oscar winners, a Thai princess and many other.

Dubrovnik is a city offering endless opportunities of enjoyment. As it is relatively small, it is easy to cross it from one end to the other in less than an hour. These walks are ideal for relaxed enjoyment of a view on everyday living, the sea, the greenery, and exploring its historical heritage.

On your way what will most certnaly catch your eye are historic villas dating back to the times of Dubrovnik Republic.

Renaissance summer mansions are of particular interest due to their gardens. One of these is to be seen by the roadside, at some two hundred metres from the western entrance into the city at the Pile gate. 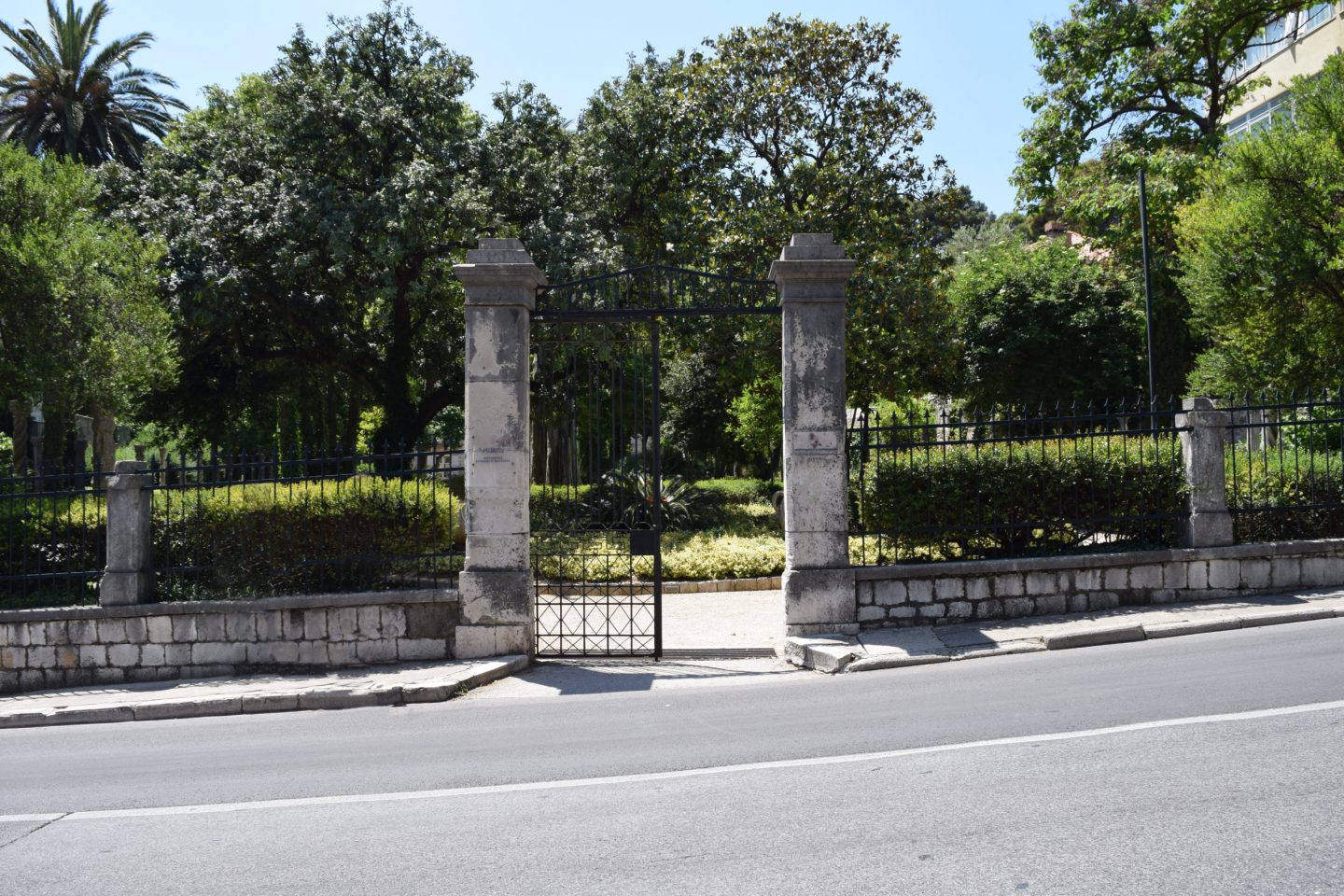 However, this garden differs considerably from the rest of the typical summer mansions. The single-story building was built in the transition style, from the Renaissance towards the Baroque, in the style called Mannerism with the characteristic use of the rustic stone dressing „bugnato“.

This enclosed country-style complex belonged to the family Crijević-Pucić „Nerun“, was built towards the end of the 16th century. It consists of the mansion, a smaller back garden and a larger representative front garden including the Renaissance family chapel of St. Elisabeth. When the road was built through the garden at the beginning of the 19th century during the French rule, the chapel was separated from the complex on the opposite side of the present-day entrance to the garden. Vice-chancellor’s office is presently housed in the building. 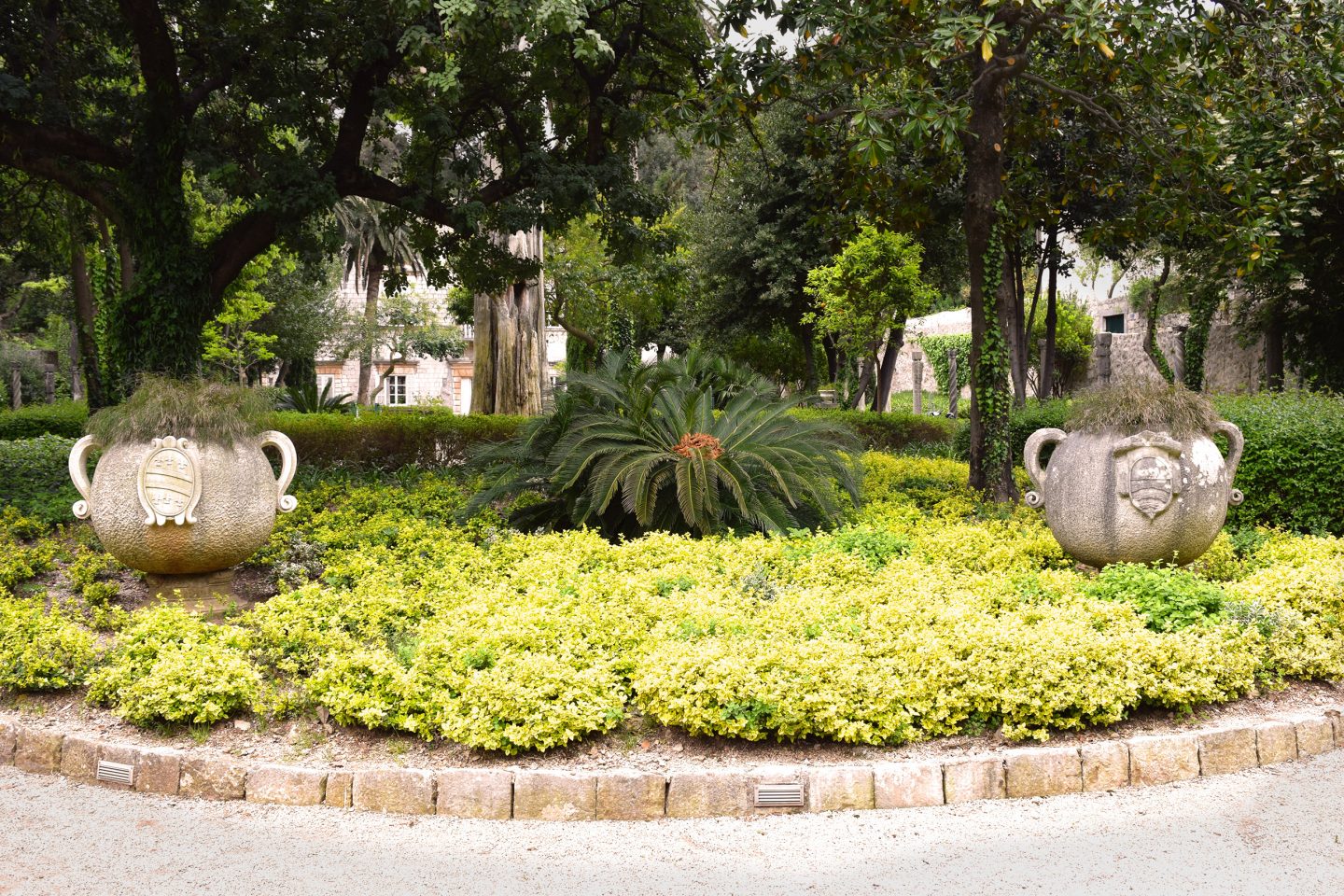 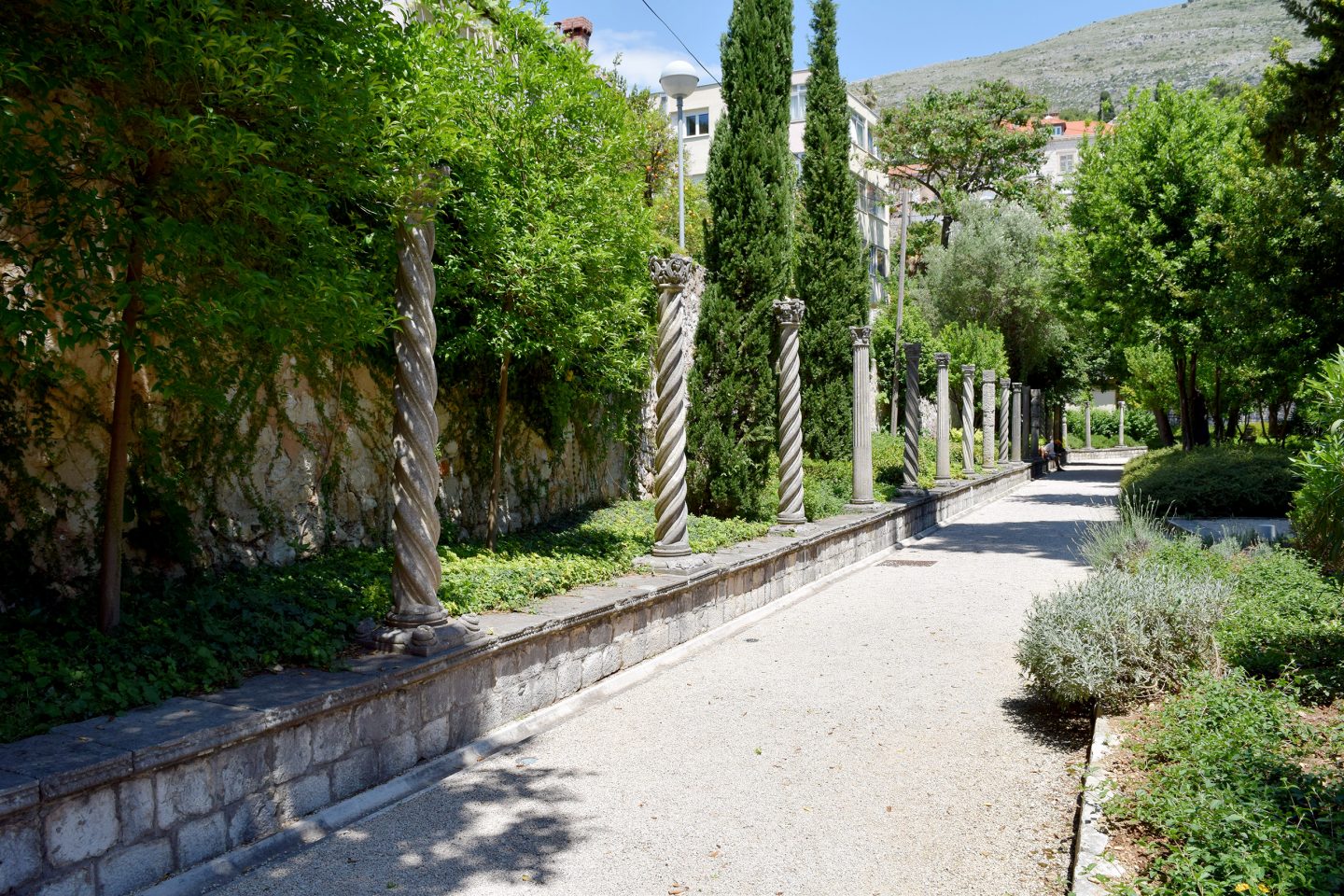 Two stone vases with the coats of arms of the Dubrovnik noble families Pucić-Pozza and Bundić-Bonda stand at the very entrance. The gravelled walk is lined by some fifty four columns, making this garden quite special, being its greatest wealth. These columns are real sculptural masterpieces. Their capitals are decorated by finest motives, from fauna to flora, to human and mythological. The column bodies are twisted, octagonal, round, in the form of a candelabrum, or two in the form of an unfinished caryatid placed at the main portal. It is thought that these are the work of the stone mason from Korčula Vicko Lujov who worked together with a French mason, Jacques de Spinis from Orleans.

Carved Virgil’s verse „DEUS NOBIS HAEC OTIA FECIT“ (God has created this leisure for us), indicating that this complex was built for pleasure.

The garden paths were originally laid out geometrically with one main walk and three transversal, and are drawn in the Austrian cadastre from the year 1837. These columns were erected along the paths, bearing the trellis. However, the garden was modified during the second half of the 19th century, when it was reshaped in historicistic style, when the central garden plot was elliptically shaped, with the columns placed on the sides as decorative elements. An array of exotic greenery was planted at the time.

Enjoy your visit and feel the spirit of the by-gone times.

If jewelry could speak …