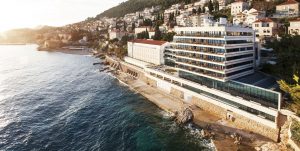 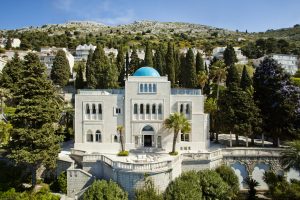 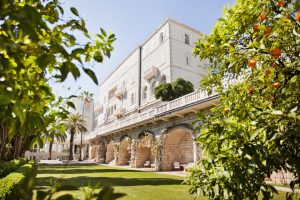 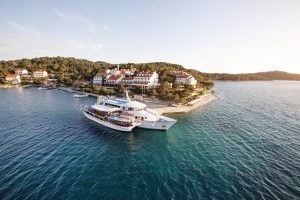 St. Roch church is famous for the oldest Dubrovnik graffiti.
It was carved into the stone fasade by a priest in Latin – related to Football! 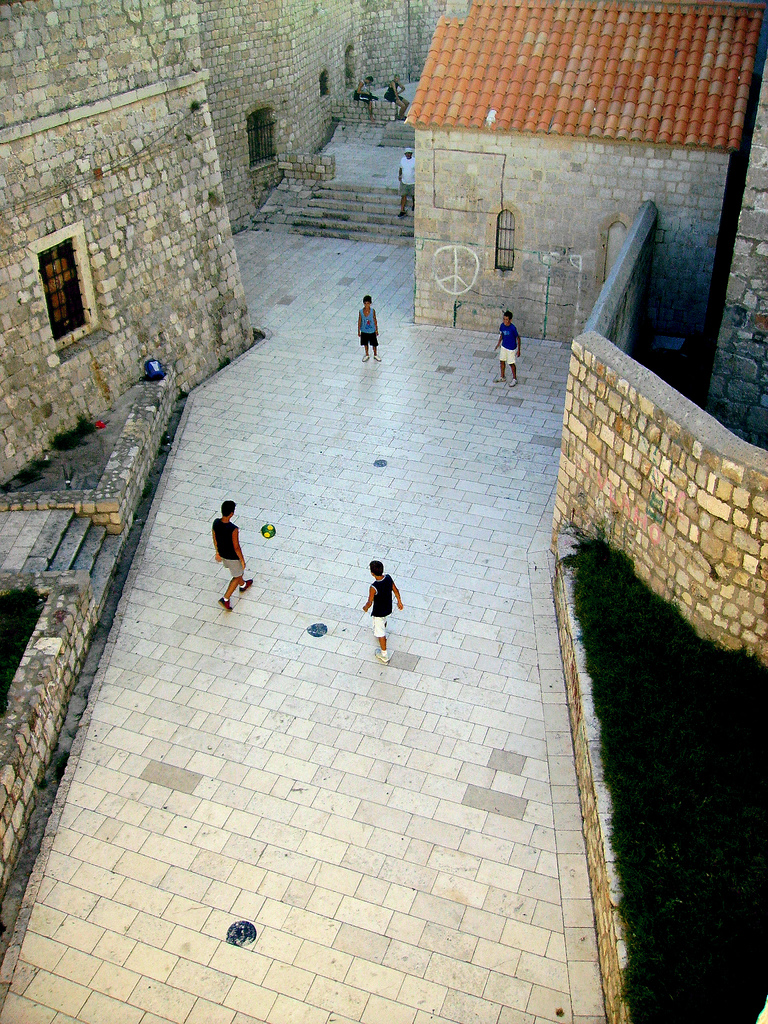 Not far from the church Domino is the area called “za Rokom”,  and as them name itself implies, it is situated near the Church of St. Roch. Its construction started in 1543 and was probably prompted by the plague which raged in the area of Dubrovnik in 1527, given that the St. Roch is the patron saint against contagious diseases. It was built as a work of late Renaissance style, with rectangular naves and square apse. The main portal is emphasized in sculpture, with triangular gable carried by two Iconic pillars, while above the portal there is a harmonious façade window, circular in shape within a square shape. Today the church is unfortunately not in liturgical use.

It is famous for the oldest Dubrovnik graffiti, carved into the side of the church stone by a priest on one very warm summer day; “Pax. Vobis memento mori/qvi. Lvdetis pilla 1597” (Peace be with you, remember that you, playing with the ball, will die).

The priest probably lived next to the church, with the city children running and shouting around Za Rokom, and obviously they had a ball which they kicked into the doors and windows of the church, so we might suppose that some sort of Renaissance football used to be played back then in Dubrovnik.

#GoT to love Kings Landing